What is an amicable divorce? What is an amicable divorce?

Couples who decide to a divorce can be faced with a complex and emotional journey. This journey will likely involve disputes between you, such as child arrangements, finances, or property. These disputes, however emotional, have to be managed and if at all possible, it best to try and be amicable and civil. A divorce that is amicable is where couples work as a team to achieve equitable outcomes that works for everyone involved. It is possible to break down disputes and deal with each part in a way that encourages communications. An amicable divorce is not about being friends, but it does mean working together to achieve positive outcomes. Sometimes it’s useful to liken divorce to a job, where you are engaging in a business meeting to reach a common goal. Working together amicably should result in quicker, fairer agreements. That means less time and less costs. Moreover, if you have children, an amicable divorce can help in a better coparenting relationship in the future.

What can I do to have an amicable divorce?

Most of us would likely choose an amicable divorce over an acrimonious one. But it can seem like a fantasy where there are hard feelings or high conflict. The first step is try to mutually recognise that the best way to get through the divorce is by working together. Also, to understand that the goal is to reach an agreement or settlement that is fair and works for both of you, as well as your children. It is important to remember that Courts may not accept your agreement if it is unfavourable to one person, particularly in relation to finances. Entering discussions around finances with this common view should prevent an unequal financial settlement from happening.

Here are a couple of top tips to have an amicable divorce:

How much does it cost?

There isn’t a straightforward answer to this question, as every divorce is different. As a starting point, an application for divorce is £593. Then, assuming that you reach an agreement on your finances outside of the Courts, a consent order will cost you, on average, between £750 – £1000.

Quite shockingly, the average cost in the UK for a divorce has been quoted online is £14,561. Much of this is most probably accrued due to solicitor and court fees. The general rule is the more amicable a divorce, the less the costs.

Using mediation as a way of facilitating your amicable divorce significantly reduces these costs. Whilst it is advisable you seek legal advice alongside the mediation process, especially when discussing finances, the costs rarely reach such heights due to not having to pay your solicitor for legal representation at Court. On average, a successful financial case costs each person around £700, based on attending 3 hours of mediation and the drafting of the necessary documents to finalise a financial consent order. Please note that these fees may be less or more dependent on the complexity of your case. Your mediator can explain this to you in more detail during your mediation. Your mediator won’t do any billable work without asking your permission first.

How to I apply for an amicable divorce?

The fault-based system of divorce has received criticism over the years and is actually being reformed this year. In April there will be a no-fault based divorce system where you will be able to petition for divorce jointly, without having to apportion blame or prove fault. It is hoped that the new system will be conducive to ensuring that couples will be able to have amicable divorces.

After you have petitioned for divorce, you will need to apply for a financial order using the Form A, which can be found here: https://www.gov.uk/government/publications/form-a-notice-of-intention-to-proceed-with-an-application-for-a-financial-order
This is very important, as it settles your martial finances in a legally binding arrangement. You will need to have attempted mediation, or be exempt from mediation, before doing this.

However, hopefully as part of an amicable divorce, you will be able to come to agreements on your finances at mediation. This is slightly different in that you will not need to make a Form A application straightaway. Instead, you can use mediation to settle your finances and draft a proposed order. This will then be reviewed by your solicitor who can draft it into a financial consent order. By using this method, you will avoid costly and lengthy Court proceedings. After a marriage of 18 years, Holly and Sam decide that they would like a divorce. They have adult children, who have left the home, and have been finding their relationship to be strained. Holly and Sam are finding the process upsetting, there is not a high level of conflict between them, but they know its time to move on to different things. They are stressed about their finances – after 18 years of marriage everything is joint and shared. They don’t know where to start discussing their family home and the holiday home in Spain is proving contentious. They haven’t even begun to think about their pensions or savings.

They make an application for divorce and are now at a stage where they need to take action with their finances. Both of them know that they want to achieve a clean break (that they can both move separately with their lives and not have future claims against on another), but are not sure on how to achieve it. Their conversations are resulting in arguments and are becoming quite stressful.

Holly suggests that they try mediation, Sam is sceptical at first as he isn’t sure whether mediation will work. After some research into mediation, he agrees to give it a go. At mediation, Holly and Sam agree an agenda together (points to discuss) and their mediator supports them to break down all of their finances in to accessible information – they can see their finances in one document, and things are starting to look clearer. The mediator facilitates their discussions, so that they can both share their needs, wants, and hopes. They begin to find common ground.

After three mediation sessions, Holly and Sam think they have found a proposal that works for them – one that is fair, and allows both of them to set up new lives. The mediator provides them with an Open Financial Statement (a document showing all of their finances) and a Memorandum of Understanding (a document summarising their proposals based on those finances), and they take them to their solicitor. They both receive independent legal advice on their proposals and are happy with the arrangement they came to at mediation.

With the support of their solicitor, Holly and Sam apply for their decree absolute and consent order. Their divorce was finalised, and they now, both enjoy sharing their holiday home in Spain by using an arrangement that works for them.

What can I do next?

If after reading this you would like to divorce amicably, then please do get in touch. Mediation acts as a forum to facilitate positive forward-looking discussions about your family’s future. With the support of our accredited mediators, you can expect all the support you need to have an amicable divorce. For a no obligation chat, please contact our friendly team on 0113 468 9593.

What is meant by an amicable divorce?

An amicable divorce is the process of going through a separation in a safe and civil way. It is about avoiding high conflict and dealing with key issues in a way that is fair and workable for both parties. Mediation is a useful way of ensuring that your divorce is as amicable as possible and keeps the decision making in your hands.

How do I engage in mediation?

If you would like to mediate, the first step is for each of you to attend a Mediation Information and Assessment Meeting (MIAM). The mediation will support you in having an amicable divorce.

How do I apply for a divorce?

Yes, from April 2022 the divorce process will be different. The long-awaited change from a fault based to a no-fault based system will come into force. This will mean that separating couples will no longer need to find fault/blame as part of their divorce petition. Instead, they will be able to submit a joint application for divorce based solely on the breakdown of their marriage. There will be no need to prove either adultery, unreasonable behaviour, or desertion; nor will they need to prove that they have been separated for a specific period of time. 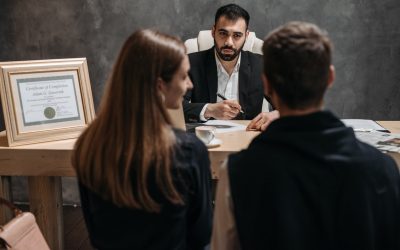 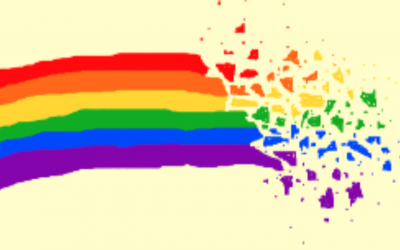 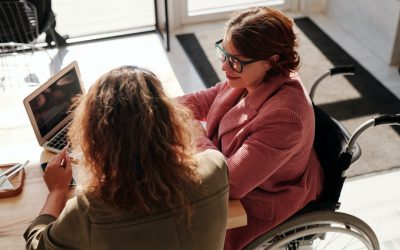