Where should the drama be?

The BBC has just started a new drama series called The Split written by Abi Morgan and Jane Eden. So far there have been three episodes out of the total six. If you have missed it, you can catch up on the BBC iPlayer. I saw it advertised about a month ago and it caught my attention as it was about an all female family law firm based in London called Defoe’s. The firm was headed by Ruth Defoe, played by the acclaimed actress Deborah Findlay. All her daughters have followed her and have become esteemed divorce lawyers and work in the firm, except one who had stepped outside and joined a rival firm.

The series focuses on the relationships between the women, but also on the family cases of high network individuals. I decided to watch mainly to see the performance of Nicola Wheeler, as I am a huge fan, following her gritty performance in “Last Tango in Halifax”, but also because I work with couples who are separating or divorcing as a family mediator, and high network individuals in my immigration consultancy. The drama in the series is palpable, especially during the boardroom discussions where the varying divorcing couples sit at the long boardroom table on opposite sides with their accompanying solicitors. The first thing that is noticeable is that the solicitors mainly speak for their clients throughout the discussions and that the clients almost take on the role of voyeurs, as the bargaining starts over their children and financial assets. These issues are identical to my mediation clients – the family home, the cars, general finances and who spends what time with the children. The only difference is the approach and the cost of proceedings. Of course it is a drama, but the scenarios are taken from real life and the writers will have undoubtedly done their research.

What happens in the mediation room?

In mediation there is very much a contrast, starting from the room setup; there is no long boardroom table with the feeling of distance. The mediator does not speak for either person; it is a discussion which everyone is part of. As a mediator, it is my role to ensure that those discussions are balanced and that no one is being bullied or coerced. If that is the case the mediator would stop the meeting and would speak to each person separately. The mediation discussions are structured and the mediator guides the clients through the process.

Many people worry that they will sit in front of their ex-partner not knowing what to say, or they worry if they can manage their emotions and associated stress. All these concerns can be addressed in the Mediation Information & Assessment Meeting (MIAM) and following this, the mediator may decide that it is best to start discussions using “shuttle”. This means that you and your ex will be in separate rooms; at no point will you have to meet. The mediator will go between the rooms discussing the proposals put forward.

I feel that it is important to say that as a mediator, I am not against family solicitors. They hold a very important role, because sometimes mediation is not suitable and the only route is via the courts. It is to be remembered that mediation is not legally binding and therefore when an agreement is reached the mediator will often ask if the clients if the want to consult a solicitor to make it legally binding.

A misnomer is that people feel that their cases are of too high a value, either personally or financially and that mediation is not appropriate and the only route is attending the offices of one of 100 top ranking law firms in the UK. In “The Split” it shows high network individuals discussing their assets and contesting who has what. The process is no different in mediation as the mediator will guide you through how to list the financial assets, ranging from pensions to business assets. In mediation, I have personally dealt with cases of business owners with a net worth of millions and the mediation process has been quicker and more effective that drawn out proceedings involving opposing lawyers, who need to take instruction on every point.

What needs to be remembered is that the mediator is impartial. He or she has no financial interest in either party, the only interest he or she has is that the process and decision making is fair. The mediators at Direct Mediation Services will actually encourage clients to take away any agreements to be looked at by solicitors. There may be times also when questions arise and it is then the mediator will direct clients to a solicitor to have them answered, as he or she can only give information to be considered and not advice.

As a family mediator, I would ask separating couples to think twice before walking into their respective solicitors’ offices, as mediation is generally proven to be quicker and less expensive and to leave the drama for The Split and TV dramas.

If you feel that family mediation would be beneficial to you and your family, please complete an online form a call back. 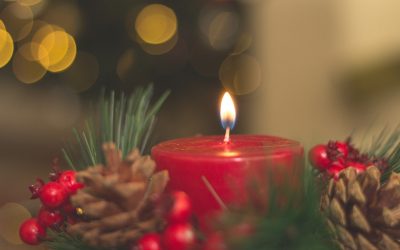 A Christmas wish for all families

Call: 0113 468 9593 The Light of Christmas  By Stuart Hanson, Managing Partner & Family Mediator   Christmas is the season of light and as we walk through our towns the streets have an energy that is not felt on regular days. There is a sense of expectation,...

Call: 0113 468 9593Understanding the CAFCASS Parenting Plan A Parenting Plan is a written document that plans how parents intend to parent their children following separation or divorce. You can use a Parenting Plan to set out how you intend for child arrangements to... 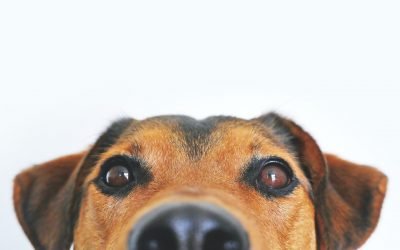 Call: 0113 468 9593After divorce or separation, who has the pets?The last few years with covid have been hard on family life. Lockdowns have seen increased domestic disputes between couples and sadly the pressure have resulted in many separations and divorces. During...